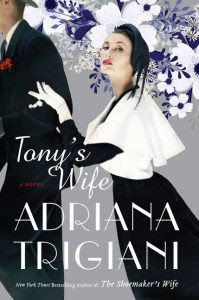 Love, ambition, and the consequences of both lie at the heart of this spellbinding epic of two working-class kids who become a successful singing act during the big band era of the 1940s.

Chi Chi Donatelli and Saverio Armandonada meet one summer on the Jersey shore before World War II. Chi Chi is a talented and ambitious singer-songwriter working in a local blouse factory looking for her big break, while Saverio, a singer already on the rise, is fronting a touring band and has the good looks and smooth vocals that make success seem assured. It isn’t long before Saverio becomes Tony Arma and  he and Chi Chi form a duo; together they navigate the glamorous worlds of nightclubs, radio, and television. Soon they’re married and all goes well until it becomes clear that they must make a choice: Which of them will put ambition aside to build a family and which will pursue a career? What compromises will they make to achieve their dreams? And on the road to fame and fortune, how will they cope with the impact these compromises have on their marriage, family, and themselves?

From the Jersey shore to Hollywood, New York City to Las Vegas, the hills of northern Italy and the exuberant hayride of the big band circuit in between: Tony’s Wife tells the story of the twentieth century in song, as Tony & Chi Chi make studio recordings and promote them with appearances on The Ed Sullivan Show and The Tonight Show Starring Johnny Carson. As they juggle the demands of their public lives, secrets are revealed, promises are broken, and loyalty is tested as the Armas attempt to keep the music playing and their family together.

Tony’s Wife is a richly layered novel that explores how a traditional Italian-American family grapples with the seismic shifts they face in a rapidly changing world. Replete with a pageant of vivid, complex characters, this deeply human saga of love and sacrifice showcases Adriana Trigiani’s gifts as a captivating storyteller and reveals her understanding that there are many different kinds of families: that over time love can evolve in ways that nobody can predict, especially when the hearts involved are open to forgiveness, the sweet reprise of redemption.

This is not my first book by Trigiani, although I did not realize how prolific she was until I was studying her Goodreads page earlier this week. Her writing flows beautifully, and she has a distinctive voice that she has obviously cultivated over the course of writing her 17 novels (woah!). I know that these days 17 might not sound like a whole lot (I think Nora Roberts has written something like 200), but when you consider how dense these books are with historical research, it becomes all the more impressive.

Tony’s Wife was set primarily in the 1940s as Tony and Chi Chi navigate the music industry of the time. But the story continues all the way into the 21st century as Trigiani describes how their relationship and marriage is effected by war, children and their own personal growth.

I loved the first half of the book. I loved how head strong and dedicated Chi Chi was in a time when woman really did have to put in twice as much effort – she thought she could have it all. But there were certain aspects of this novel that I was not expecting. If you are going to read this, be forewarned that this story spins quickly into one of loss and compromise. This isn’t a happy story. Still, while I was not really expecting that shift in mood, it was beautifully composed and heartbreakingly real.

This is a dense book and one that took me a while to get through. I personally thought it could have been 100 pages shorter but I also felt that the back half was a little more rushed than the first.

So while not without faults, I would recommend this book to anyone who loves historical fiction, especially anything that revolves around the music industry and WW2. 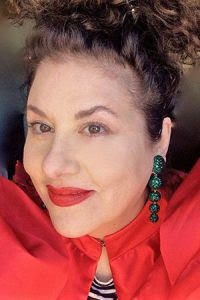 Adriana Trigiani is the bestselling author of 17 books, which have been published in 36 countries around the world. She is a playwright, television writer/producer and filmmaker. She wrote and directed the film version of her novel Big Stone Gap, which was shot entirely on location in her Virginia hometown. She is co-founder of the Origin Project, an in-school writing program that serves more than a thousand students in Appalachia. She lives in Greenwich Village with her family.